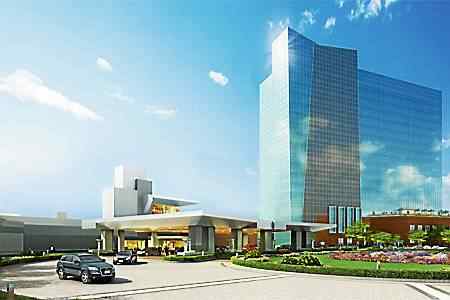 The Montreign Casino in Sullivan County, show in artist’s rendering, is expected to open in early 2018. VIA MID-HUDSON NEWS NETWORK

A construction industry executive says the Hudson Valley is in the midst of a building boom.

Alan Seidman, executive director of the Construction Contractors Association of the Hudson Valley, said he hasn’t seen such a flurry of development in the region in recent memory.

He said most of the union labor force has been engaged with work and other workers are being brought in from neighboring regions.

“Certainly, in the (last) 20 years, it is the biggest boom around and I can’t imagine there was ever anything like this,” Seidman said, pointing to the Orange County Government Center rebuild, Sullivan County Jail project, and the Montreign casino. “It is going to be a really great three- to five-year stretch.”

Read more at The Daily Freeman >>>