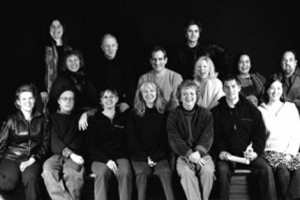 Actors & Writers(A&W), Unison’s theatre-troupe-in-residence, is a 22-member company of film, TV, and theater professionals, all of whom reside, at least part-time, in Ulster County.

This evening A&W will present a new work written and presented by David Smilow and other members of A&W.

Imagine an Antiques Roadshow episode originating as much from the Twilight Zone as a local town, and you’ve got some idea of what’s in store with ” What You’ve Brought”, a new work by David Smilow.  Join Actors & Writers as they rummage through a trove of eclectic objects, oddball owners, and the bizarre tales linking them. This will be an evening that proves yet again, people show up with the strangest stuff. And we’re not just talking about antiques.